The recent advances in 360 cameras has unleashed a wave of 360 images all across the internet.  Facebook supports these images natively.  They’re so easy to do, and can be quickly used to post 360 images online in just minutes.  The 360 cameras have come a long way.  They’re simple enough, and quick enough that almost anybody can hold one up and walk away with a really cool 360 image.  I have several and often use the Ricoh Theta S for quick prospecting of promising locations.  Sometimes I’ll build a a virtual tour for a client, so that they can get a feel for what a Virtual Tour of their business will look like.

Should you use them for your business?  Well, the short answer is no.  If you’ve spent hours on designing and developing your workspace environment, you want to showcase it in the best possible way.  Unfortunately, the little 360 cameras just don’t compare to the real thing.  An image done with a professional camera has much higher resolution, and has the added advantage of having a pro behind the lens.  The lens difference is hugely significant, and yet is still only half the equation.  Processing a 360 image, and then moderating multiple 360 image into a full-blown “Virtual Tour” is hard.  It’s a skill that isn’t learned either quickly, or easily.

By way of example, take a look at the samples found in the image below. (You can click on the square icon at the upper right to bring the image to a full screen)  Both images are taken from approximately the same spot at Madison Optical in Madison’s showroom.  They were taken a few weeks apart, so they’re not identical, but will serve for this purpose. You can flip back and forth between the two images, by clicking on the two thumbnail images at the bottom of the page. Even though I took great care to get as good an image on the 360 camera as possible, it wasn’t possible to bring it up to full quality.  You’ll quickly see the difference in the quality of the two images. And so will the potential shop visitors visiting your website, or looking at your images on Google.

Outdoor Panos seem to fare better. But, there’s no real comparison. Take a look at these two samples, both taken from approximately the same spot at the Water’s Edge, overlooking the grounds toward Long Island Sound. 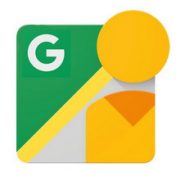 News from our Blog 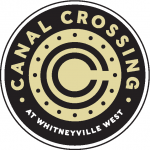 Peter Sikes of Shoreline Pixels has partnered with us for a couple of years at Canal Crossing at Whitneyville West, a multifamily development in Hamden. We recently hired him to create virtual tours of our various floor plans as well as our Clubhouse and outdoor amenities.  Peter is friendly, flexible, and has the skills to […]

I would like to give huge kudos to Peter Sikes and Shoreline Pixels in the production of a Virtual Tour of my company’s large manufacturing innovation center. In the difficult times of 2020 restrictions, a lack of customer visits to our site was absolutely debilitating. Contacting Peter and coming to understand his past work and […]

All the Latest News

Ready to Step Up Your Game?

Custom or "Bespoke" Virtual Tours are a step beyond the usual Google Virtual Tour. Where the standard Virtual Tours provide connectivity between panoramic images and provide the viewer with a "virtual … END_OF_DOCUMENT_TOKEN_TO_BE_REPLACED

Having great imagery, including custom virtual tours, is a great way to enhance your website and improve the way your business is perceived by potential clients and customers. But very frequently small businesses need something more … END_OF_DOCUMENT_TOKEN_TO_BE_REPLACED